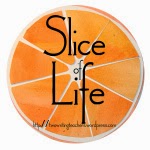 Last Wednesday Kathy and I were in JoAnn Fabrics in Harrisburg.  We turned the corner and almost ran into a woman coming the other way.  We all smiled and excused ourselves and continued shopping.

A bit later we turned a corner and ran into the same woman.  Again we excused ourselves, smiled and shared a few words.

This happened a third time as well.  Was someone trying to tell us something?  I couldn’t imagine what.

Finally Kathy went to look at some quilting magazines.  Sure enough the same woman was also in that section but she was looking at patterns.

We all started laughing that we kept bumping into each other.  The woman told us that she was looking at vintage patterns.  She, her daughters, and her nieces all enjoy wearing what she called vintage clothes.  These patterns were reprints of 1950’s patterns.  Being born in 1951 I guess that makes me vintage as well.  That’s a whole different post.

Anyway, Kathy told her that she would love the box of patterns we found among her mother’s things.  We were going through things and just found the box a month ago.

The woman’s eyes lit up.  Yes she would love the patterns.  If we ever want to sell them let her knew.  Kathy and I looked looked at each other.  She didn’t want the patterns.  She hated to throw them out.  Here was someone who would value them and put them to good use.  We asked her if she would like to have them.  Again, her eyes lit up.  We exchanged contact information and today we took the patterns down to her

There were easily 50 patterns in the box.

Here are examples of the kinds of patterns in the box.

The woman, Mary Ann, was in heaven when we gave her the box and she looked through them.  She told us that the patterns she bought last week in JoAnn’s were $16 each on sale.  You can see the price Kathy’s mom paid for these patterns.

The patterns now have a new home and we have one less box in the house.  I call that a win-win for both parties.  We now have an invitation to tea next time we are in the Harrisburg area.

14 responses to “Coincidence or Fate?”