We were set to leave the south island and move on to the north island, Rotoura to be exact.  However, there was a problem.  We had rain the day we were to fly out and flights to Rotoura were cancelled.  This caused a bit of a problem for our tour guide since there were things she had planned.  The one thing she really wanted us to get to was the Maori Cultural Village and Hangi (Feast).  So, our guide frantically went about trying to get us booked on another flight.

Finally she succeeded. However, our flight would now take us into Auckland which is several hours from Rotoura and Erika still wanted us to get to the Village and feast.  Our bus was waiting for us when we arrived in Auckland and we drove to the village.  Erika knew that we wouldn’t make it for our scheduled time, but we would still be able to see some of it and attend the Hangi.

The village was set up as a series of stations where we were taught something different about Maori culture at each one.  Because of our timing we were only able to get to two.  At the first one we were taught a traditional Maori game.  Thank goodness for Bonnie.  She is game for anything so she agreed to participate in the game.

As you can see, the game involved throwing and catching sticks.  However, there was a pattern that had to be followed.  I know I am not coordinated enough to do it.

At the second station we were told how the Maori fight and try to intimidate their enemies.

Right before the meal we were shown where the food was cooked. For a feast, food is placed in the ground and cooked for most of the day.

The cloth is covering the cooking pit.  Here you can see some of the cooked vegetables and meat.

While the food was removed from the pit and readied for the meal, we were treated to some entertainment.

It was then on to the food.

The food was delicious.  I have never had pavlova before even though I knew what it was.  Didn’t take any pictures, though.  Sorry.  Here’s an internet picture. 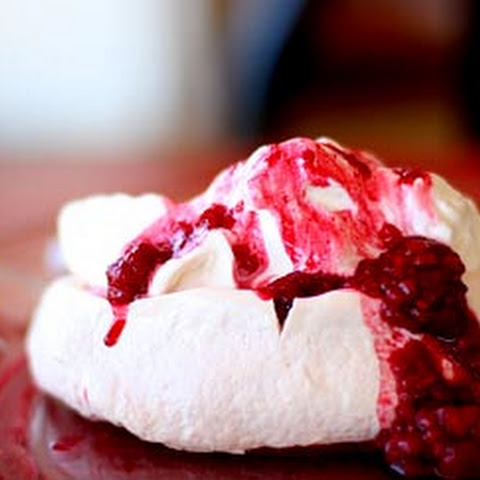 Next week a visit to Hobbiton.

5 responses to “The North Island”